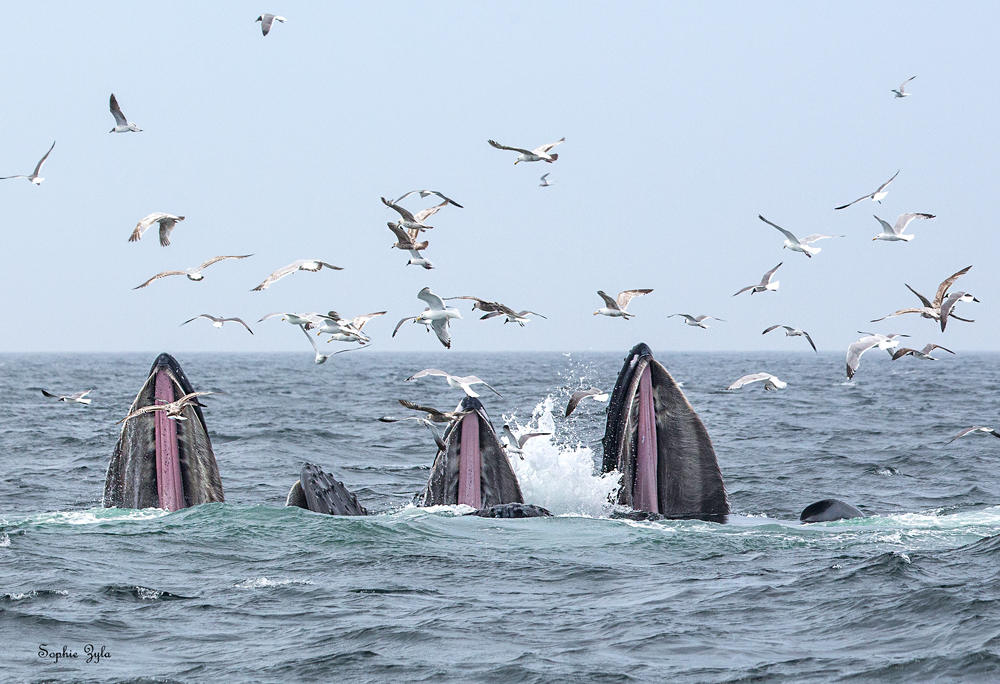 So many whales! So little time! The weather was not predicted to be the best that day and thoughts of an early return were lingering in the background. We saw one lone fishing boat early on and upon reaching our reported whale feeding area found ourselves alone in the waters. Except for being surrounded by whales in every direction! There were water spouts, fluke and pectoral fin flaps, and bubble nets near and far!

Salt is one to keep tabs on as she has a nice long family tree with 14 calves dating back to 1980, grandcalves, and great-grandcalves! You can rather easily recognize Salt as she was named for the white streaming off her dorsal fin that you can see in the image above.

There were so many images taken that June 16th trip with New England Coastal Wildlife Alliance. Such wonderful memories that the cloudy day with spatters of rain and spray from the waves were not even a thought. Except for the wiping of camera filters!

2019 is a year of numerous dead sea mammals washing up on shores in too many places. So much so that places for them to rot are becoming scarce. Since the warning signs of plastic becoming meal items for sea birds and sea life has not been enough, the slap of sights and odors of death of these huge majestic lifeforms should be our awakening. Do Not Buy Balloons! They are a menace to all wildlife! They travel long distances, last extremely long periods of time and degrade into tiny pieces and particles, and wildlife become tangled, and many, such as, turtles and whales ingest them. They are not a symbol of a celebration but rather represent a death sentence. Please celebrate responsibly! 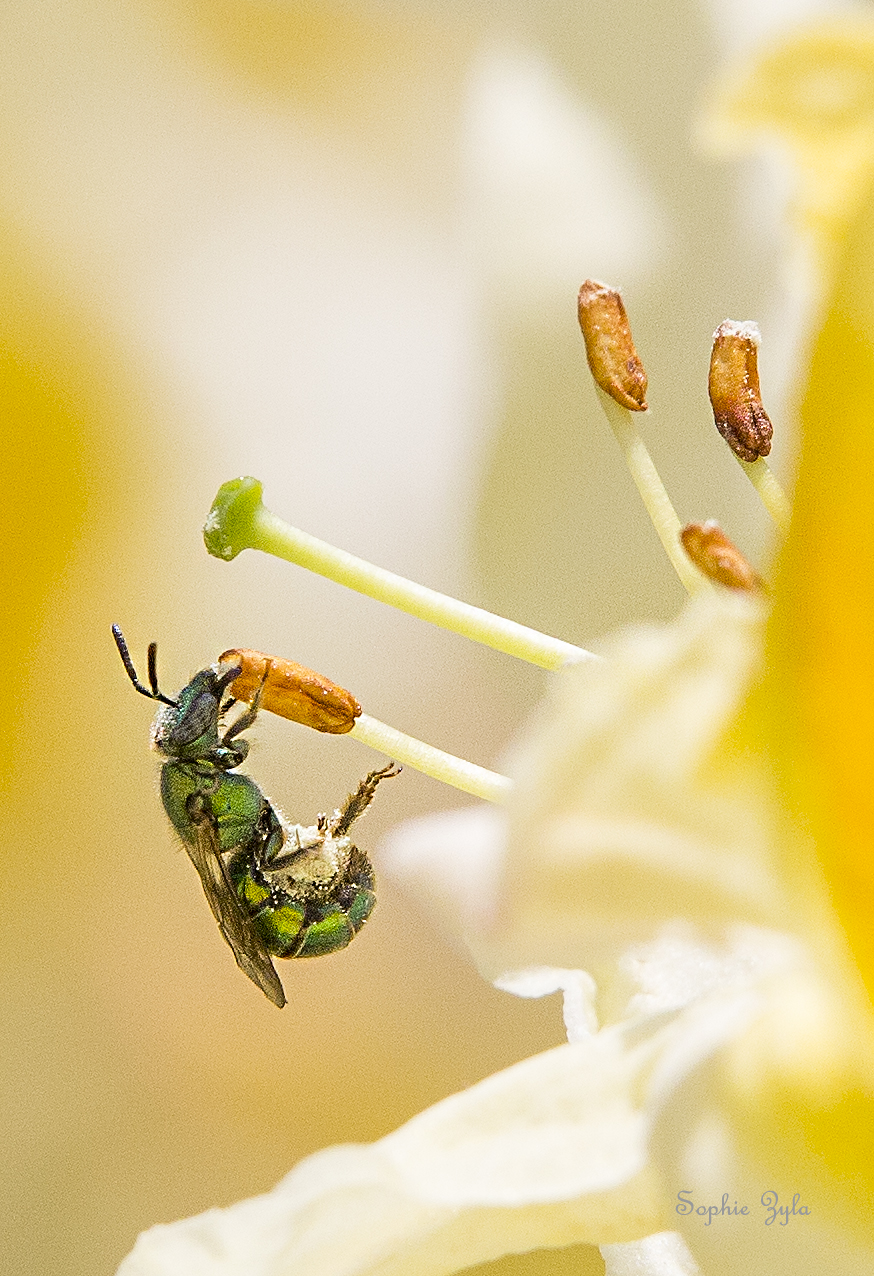 One can only wonder at the strength needed to carry 30% of your body weight in pollen pellets held in place by long leg hairs during flight. These pollen baskets are properly known as corbicula. Female bees collect pollen gathered by their body hairs and form pellets by mixing the pollen with nectar that they store in a concave area on the tibia of their hind legs. After visiting numerous flowers Mama Saddlebags returns to feed her offspring. Let’s plant those flowers so the bees can pack those bags and fly!

When is a pollen basket a corbicula ? A scopa? A scopa is just another body method of pollen collection and storage. In the Green Metallic Sweat Bee, unlike the Honey Bee or Bumble Bee, the pollen is collected and transported by the hairs of the abdomen.