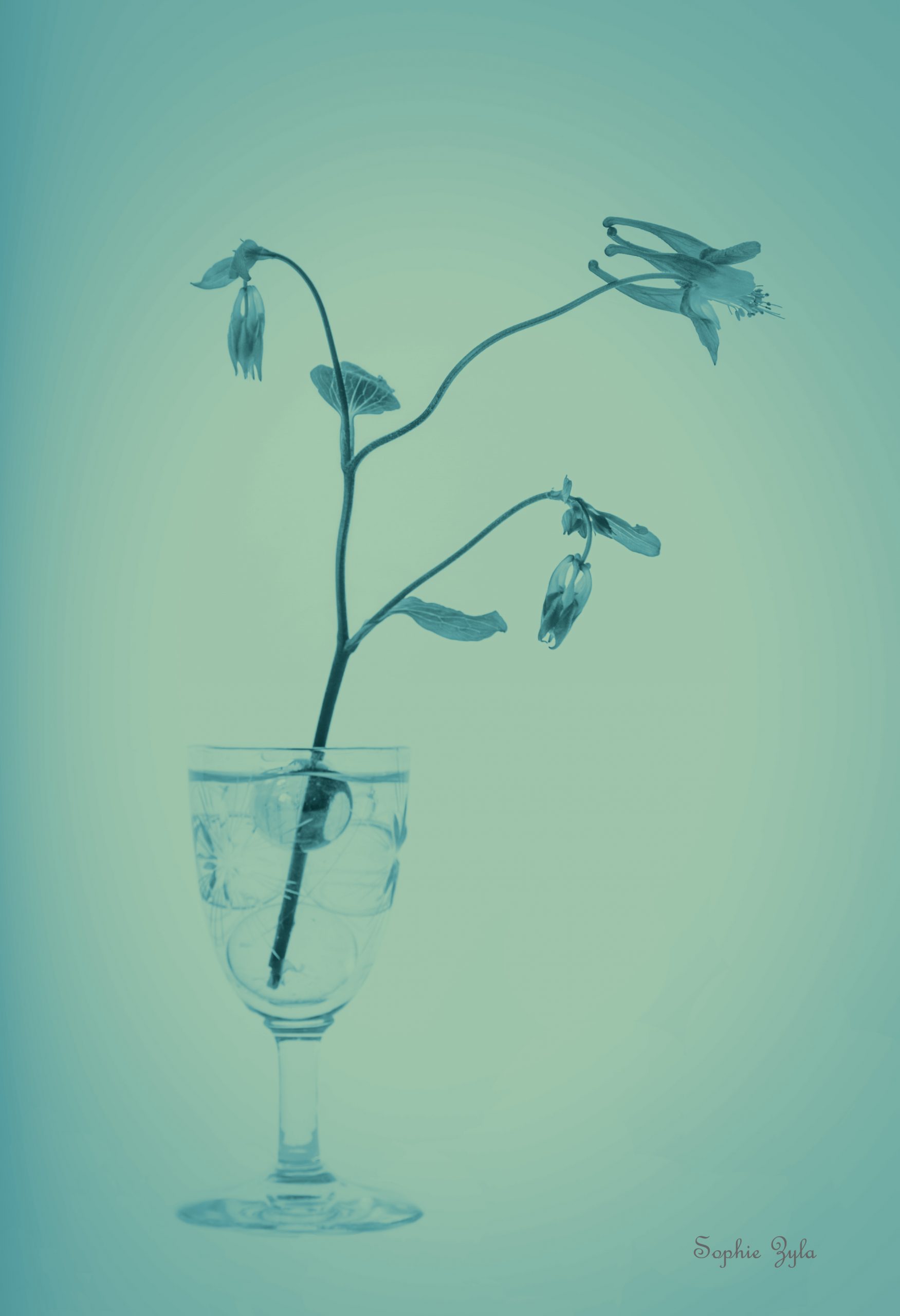 British botanist and photographer, Anna Atkins, learned cyanotype printing from a family friend, the inventor of the process, Sir John Herschel. Atkins created albums and a book of her prints for use as a scientific reference. The New York Public Library had an exhibit of Atkins’ book and prints from October 2018 – February 2019. It was amazing to see them all.

Today converting an image into a cyanotype is an easy process if you have the proper computer programs and some time to play with them. The images of the Eastern Red Columbine were originally intended for use as part of my World Views: Insects and People, ultraviolet photo exhibit. I rather like these versions as something just a little bit different.

This image was taken with an ultraviolet light so that the viewer can have an idea of what the world may look like to the insects that would be attracted to the flowers and in turn pollinate them.

This was done to indicate how little we actually notice the plants in our landscapes and also to entice you too look closer at some of the details.