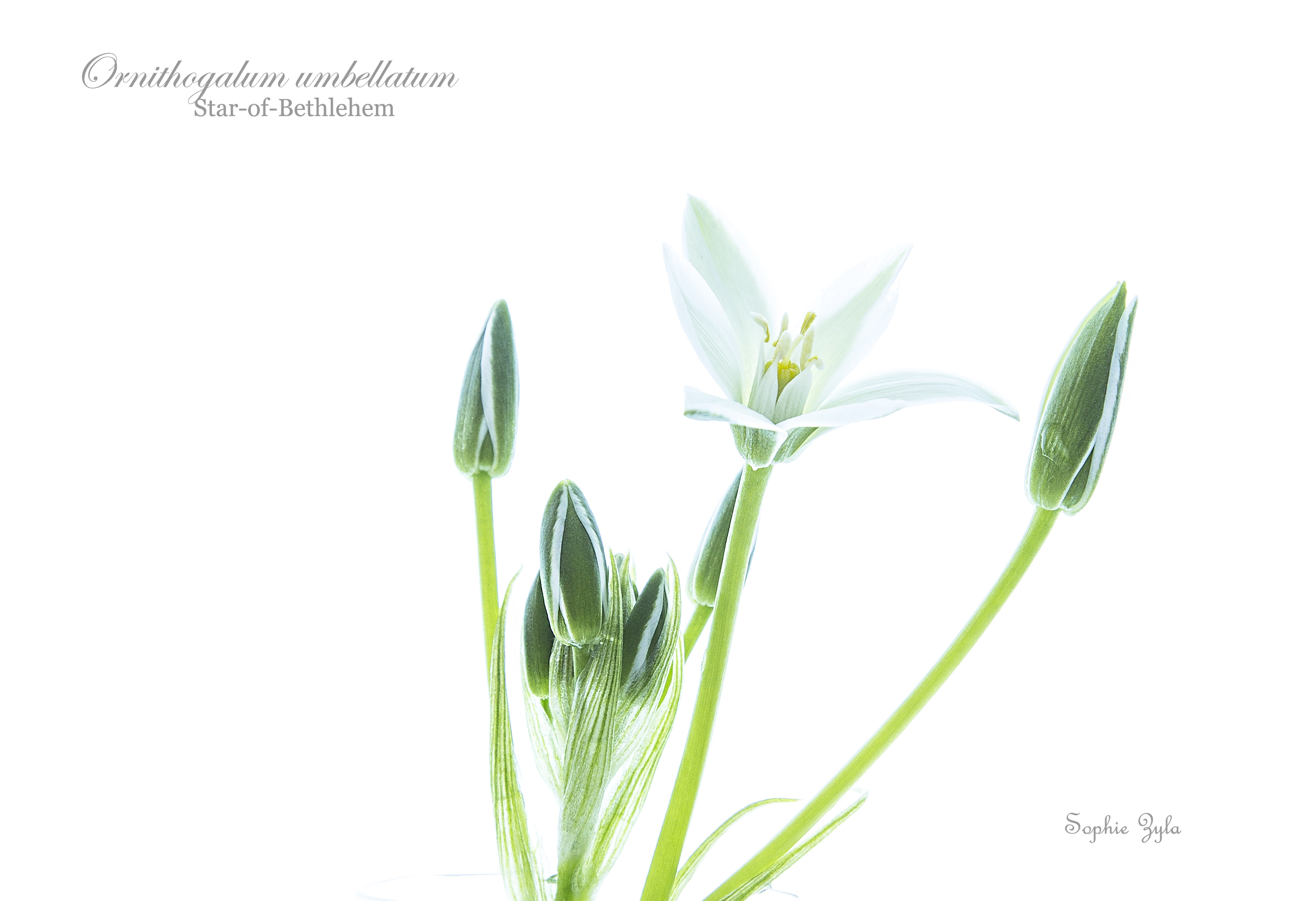 Star-of-Bethlehem, Ornithogalum umbellatum, are white flowers, a mere ¾ inch, with a pleasant scent that adds a two-week carpet of white to the mornings of the early spring garden. This aggressive little ornamental was introduced from its native range in Eastern Europe and the Middle East. A handful of bulbs were brought to my yard by a friend many years ago. I’ve been pulling plants out of my garden ever since.

The name Ornithogalum means “bird’s milk” and a number of common names also hint at its significance with having been around dating back 2000 years. “Bird’s milk” and “dove dung” bring to mind a resemblance to bird poop, “White Field Onion” due to similarities to onion and garlic species, “nap-at-noon” as the flowers close in the afternoon, and “snowflake” because of the number of white flowers in the patch. It is said there are references in the Bible of trading bulbs during the famine, a source of food during the Crusades, or souvenirs of pilgrimages to the Holy Land. Star-of-Bethlehem also has uses in Turkish cuisine, medicines in India, and herbals in Britain. So just to make things confusing, this ‘edible’ plant can be baked into bread, used in aromatherapy, or as a treatment for congestive heart failure but it is also known to be toxic to humans and livestock. O. umbellatum also appears in Leonardo da Vinci’s Leda and the Swan painting. With such a long history maybe I should leave some in my garden?

I imagine the little mining bees of the Andrena species that venture out of their ground tunnels when temperatures reach between 40-50 degrees don’t mind. They do need a bit of sunshine and some lounging on a warm rock or pile of leaves to warm their bodies to 50-60 degrees for flight and going about foraging and pollinating the early plants. There are some 550 species of Andrena in the United States and 700 species in Europe and northern Asia. They range in size from small (1/4”) to medium (¾) and with colors from gray to brown to red. Some of these Andrena are generalists, some specialists, and some strict specialists in their flower or vegetation choices. There are those that visit trees, such as maples and willows, those that like only certain sunflowers or those that visit any species of sunflower, and those that visit the blueberries, apples, cranberries, and onions that we enjoy in our diets. I don’t know what species of Andrena may have been on my Star-of-Bethlehem and whether it was what took the bite of the petal. Possibly someday I’ll take some time to see if I can narrow in but until then I am okay with simply Andrena. I imagine since all my years of pulling have not diminished the density of the flowers in my garden, they need not worry about having some plants to visit in my yard. Now that I know I just may leave a few more bulbs for them to enjoy than I have in years past.